free shipping on orders over $149 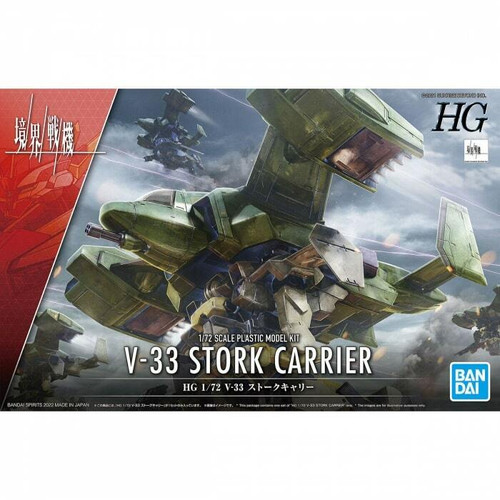 The V-33 Stork Carrier from Kyoukai Senki joins the HG model-kit lineup from Bandai! The landing gear and towing arm parts are included; the landing gear is removable and its stored state can be reproduced. The machine gun protruding from the tip of the fuselage can be moved up and down, and the missile hatch on the side of the aircraft can be opened and closed. Bonus parts for the HG 1/72 Meiles Jogan, scheduled to be released in November, are also included.