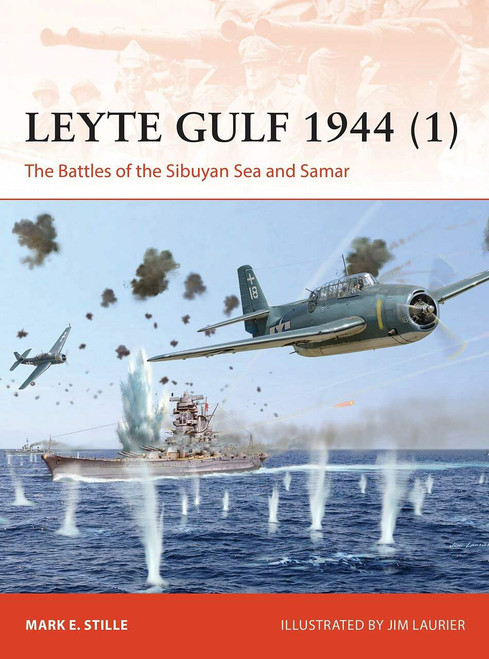 In October 1944, the US prepared to invade the Philippines to cut Japan off from its resource areas in Southeast Asia. The Japanese correctly predicted this, and prepared a complex operation to use the remaining strength of its navy to defend its possessions. This is the first in a two-part study of the October 23-26 Battle of Leyte Gulf, which resulted in a decisive defeat for the Japanese.

In the Battle of Leyte Gulf, the Imperial Japanese Navy's First Diversion Strike Force took part in two major actions during the course of the battle: the intense air attacks from US Navy carriers on October 24 (the Battle of the Sibuyan Sea, which accounted for superbattleship Musashi), and the compelling action off Samar the following day. A considerable body of myth surrounds the latter, since most accounts of the Samar fighting assume that it should have been a crushing Imperial Japanese Navy victory-in truth, the result was anything but that. This book examines in detail why, following the Samar action, the Imperial Japanese Navy commander of the First Diversion Strike Force (Takeo Kurita) choose to ignore orders and break off the attack into Leyte Gulf-one of the two most controversial decisions of the entire battle. In the first of two volumes, Mark Stille examines the Japanese planning for Leyte Gulf, and the strengths and weaknesses of the Imperial Japanese Navy in this phase of the war alongside the US Navy's planning and command arrangements, which had the potential to end in disaster. This book also focuses on the commanders on each side whose decisions shaped this definitive battle.

Wizards of the Coast