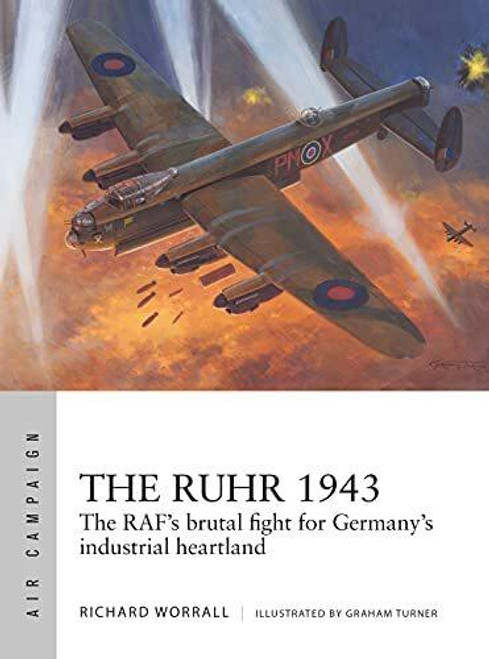 This illustrated study explores, in detail, the RAF's first concentrated air campaign of World War II against one of the hardest and most important targets in Germany â the industrial heartland of the Ruhr that kept Hitler's war machine running.

Between March and July 1943, RAF Bomber Command undertook its first concentrated bombing campaign, the Battle of the Ruhr, whose aim was nothing less than the complete destruction of the industry that powered the German war machine. Often overshadowed by the famous 'Dambusters' single-raid attack on the Ruhr dams, the Battle of the Ruhr proved much larger and much more complex. The mighty, industrial Ruhr region contained not only some of the most famous and important arms makers, such as the gunmakers Krupp of Essen, but also many other industries that the German war economy relied on, from steelmakers to synthetic oil plants. Being such a valuable target, the Ruhr was one of the most heavily defended regions in Europe.

This book examines how the brutal Ruhr campaign was conceived and fought, and how Bomber Command's relentless pursuit of its objective drew it into raids on targets well beyond the Ruhr, from the nearby city of Cologne to the Skoda works in Czechoslovakia. Drawing on a wide-range of primary and secondary sources, this is the story of the first titanic struggle in the skies over Germany between RAF Bomber Command and the Luftwaffe.